Plumber vs. Pipefitter: What’s the Difference?

Plumbing and pipefitting. Both start with the letter P and deal with pipes, so they must be the same thing, right? Wrong!

While these two craft professions do have similarities such as installing, maintaining and repairing pipes, it is important to understand the differences between the two crafts. We see that the Bureau of Labor Statistics categorizes plumbing and pipefitting jobs in the same group, so let’s break down these two alike but unique craft professions.

What Do Plumbers and Pipefitters Do?

According to NCCER, “Plumbers install and repair the water, waste disposal, drainage and gas systems in homes and commercial and industrial buildings. Pipefitters, on the other hand, install and repair both high- and low-pressure pipe systems used in manufacturing, in the generation of electricity, and in the heating and cooling of buildings.”

Overall, plumbers do a lot more than unclog toilets, fix sinks and garbage disposals. While it is a big part of what they do, their tasks also include designing piping systems that disperse water and remove waste, as well as connecting heating and cooling systems. 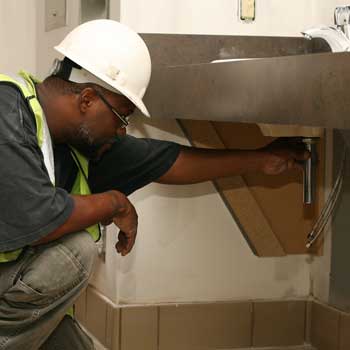 While much of what plumbers and pipefitters do seems similar, we see a big difference in the substances that their pipe systems deal with. Plumbers mostly deal with water and water-based systems, such as transporting clean water for drinking and bathing while removing wastewater from toilets and sinks. Pipefitters more commonly handle systems that transport other types of substances, such as chemicals. Many of these are systems which must endure higher pressure, which means that the pipes are made with heavier-duty materials like metal, while pipes used in plumbing are more like copper and PVC. 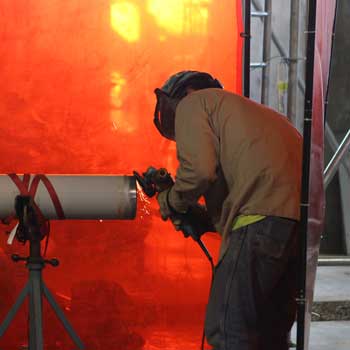 Differences in the workplace

Both plumbers and pipefitters can be found on construction sites of all types, but the majority of their work comes on different types of projects.

Plumbers tend to work more in residential and commercial locations like homes and apartments. Plumbers lay out the pipework for kitchens and bathrooms during construction and help to repair these systems as needed as well as help install the appliances that use these systems, like refrigerators and washing machines.

Pipefitters, on the other hand, tend to work in factories and other industrial settings installing and maintaining heavy-duty and high-pressure pipes that are crucial to the operations of that facility, such as manufacturing or energy generation.

Plumbers and pipefitters alike need to master and apply many similar skills, such as dexterity, an understanding of math and physics, and the ability to read blueprints.

Due to the greater complexity of the systems and the nature of the materials they work with, pipefitters may also require additional skills like welding and knowledge of metallurgy.

Plumbing and pipefitting may sound like the same thing, but these two careers have some key distinctions. However, one quality that they do share is that both plumbers and pipefitters are in high demand in the construction industry.

Check out the BYF Career Path to plan your own personal path towards being a plumber or pipefitter.