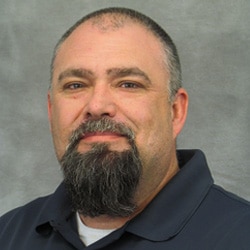 From pipefitter’s helper to Director of Craft Workforce Development, the brotherhood — those connections made with co-workers — and pride in what he does makes construction a career of choice for Sean Ray.

Ray joined the military directly out of high school and served in the United States Navy as a sonar technician. In 1994, he entered the construction industry and moved up as journeyman pipefitter, foreman and quality control. He entered the management side of construction in 2003 as a superintendent and has served as construction manager, corporate quality manager and operations manager.

Ray is an NCCER Master Trainer and is the NCCER Primary Administrator and ATS sponsor for Sundt Construction, where he currently works as the director of craft workforce development. He is a Master Certified Project Manager through Villanova University and recently became AGC CM-Lean certified. Ray has been instrumental in building connections between industry and education.

In fact, the partnership that Ray created with Central Arizona College was named the 2017 Support Project of the Year award recipient by Sundt Construction. Ray’s philosophy is “if you stop learning, then you start dying” and he incorporates this into training the next generation of craft professionals as he helps them learn about the opportunities available in construction.

Ray recognizes that his military background aligned quite well with the construction industry. The soft skills such as showing up on time, taking direction, good work ethic align between the military and construction. Ray shares, “In addition, there’s the brotherhood. We spend a significant amount of time with our coworkers, other pipefitters, welders. They become family and that’s no different than the military. Even more, the sense of pride in what you do is the same.”

Click here to learn how individuals can start their own career in the construction industry and experience success like Sean Ray.