What Will Happen When the Baby Boomers Retire?

The Baby Boomer generation saw a massive growth in the U.S. population. Along with it came the expansion of the labor force and the economy as a whole.

Growth is what sustains an economy. The advent of the Boomers coincided with the Golden Age of the United States, a period of prosperity and relative peace following World War II.

Industries and companies across the United States have been anxiously trying to predict the labor shortages that will occur when the Baby Boomers retire and leave the workforce.

While the rhetoric can seem hyperbolic, there is good reason for all Americans to be concerned that our country’s most important industries will not have enough workers.

And of all the industries that will feel the effects when the Baby Boomers start retiring, the construction industry might be hit the hardest. 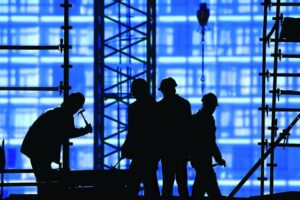 The Coming Wave of Retirees

The construction industry is already in the midst of a labor shortage. Less people are going into construction in favor of four-year university degrees and other alternatives.

The reduced numbers are causing construction firms to struggle to find enough qualified and well-trained craft professionals that have the skills needed to build roads, homes, factories and commercial buildings.

The result: A shortage of 1 million craft professionals in the construction industry by 2023.

Because so few young people are becoming craft professionals, a high percentage of the current workforce falls into the Baby Boomer category. These are seasoned, skilled veterans that have built their careers for many years, but they won’t be working forever.

It is estimated that 29 percent of the current construction workforce will retire by 2026.

This is only the beginning, though, as that number will grow to 41 percent by 2031.

That means nearly half of the entire construction industry will be gone in a little over a decade. Combined with the already severe shortage, it’s clear that the future of our infrastructure is in a precarious situation.

Hope for the Future

For current construction companies and the industry, these are sobering and alarming numbers.

However, for parents and educators who are hoping to help the young people they care about make wise plans for life after high school, these statistics could serve as a starting point for a conversation about the possibility of becoming a skilled craft professional.

Young adults who begin training now would be able to gain the necessary skills to reach the level of seasoned professionals right when they are needed most in the construction industry. Construction companies are looking to hire young adults immediately, and they are ready and willing to train and prepare those individuals to become the highly skilled craft professionals they will need in positions of authority on construction sites.