Why the Construction Industry Needs Women

What do you see when you picture a construction worker?

Key features likely include a yellow hard hat, a bright green or orange safety vest, and maybe some gloves, goggles and boots. And who’s wearing it all?

Construction has a perception of being a male-dominated industry. And historically, that’s largely been the reality.

But today, construction is not only open to women – it’s in need of them.

Here are a few reasons why the construction industry needs more women to join the workforce. 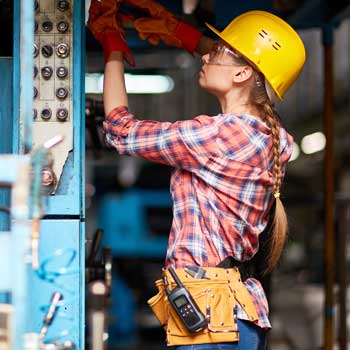 The construction industry is currently in the midst of a near-crisis-level workforce shortage. Some estimates project a demand of one million craft professionals by 2023.

Why such a deficit of craftspeople? Simply put, fewer people are choosing to learn skills like carpentry, electrical or masonry that form the backbone of the industry. There are several causes of this, including long-standing negative stereotypes of working in construction as well as the push in recent decades for young people to go to college and get a four-year degree.

The result is a generation or two of people who either don’t desire a career in the building crafts or don’t know that such a path is a viable option. The existing construction workforce is aging, and there are not enough up-and-comers to fill their place. In fact, 41% of the current workforce is expected to retire by 2031. Construction projects nationwide could take longer and become much more expensive due to the lack of skilled workers.

As the industry looks for solutions to this growing problem, women appear to be a critical piece to the puzzle. Only comprising around 10% of the current construction workforce, this demographic appears to be a largely untapped well. Recruiting, training and supporting women in construction will be necessary to ensure the long-term health of the industry.

It’s no secret that men and women think differently. And it’s not just an anecdotal idea – scientific research shows that male and female brains tend to be wired for different optimizations.

In the case of construction, what makes us different makes us stronger.

One of the key skills required in construction is problem solving. Whether they’re working in the field, creating and analyzing blueprints, or crunching numbers in a board meeting, construction employees have a common goal: Make things work.

And in this mission, having a diversity of ideas is healthy and desirable. Women can introduce new methods or new approaches that have not yet been explored. As Debbie Dickinson, CEO of Crane Industries, says, “diversity drives innovation.” 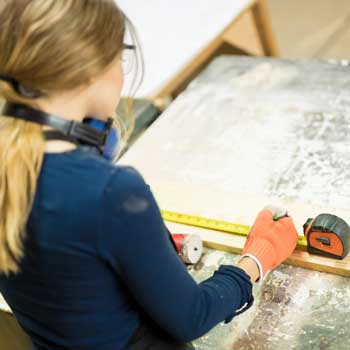 Women Are Just as Skilled, If Not More

Even though women make up a small percentage of the construction industry, there’s nothing keeping them from having craft skills as sharp as the boys.

In fact, some in the industry claim women can be even better.

Greene also calls construction “the great equalizer.” Because the skills and competency to complete a task have such a high priority, factors such as gender, age, color or beliefs take a back seat.

This idea is further evidenced by the comparatively small gender wage gap in construction. Women earn almost 96 cents for every dollar a man earns, compared to the U.S. average of 80 cents.

While construction is more open to women than ever, the fact remains that only about a tenth of the industry is women.

Even if a woman has the right skills and is interested in pursuing a construction career, the prospect of being the only woman on a job site can be daunting. It will take trailblazing women to take that jump and not only be talented craft professionals, but also become mentors, leaders and advocates for future girls.

As the industry recruits a new generation, these trailblazers will be an important resource for wisdom, encouragement and inspiration.

“I want to make sure that when young girls who are interested in construction knock on the door, myself or any other industry professional is there to answer it and any of their questions,” says Dr. Mittie Cannon, founder of Power Up, an initiative working to show girls the benefits of careers in construction. “That is where the real progress begins.”

Already, there are many organizations and support systems in place for craftswomen, including the National Association of Women in Construction (NAWIC). As these groups grow in number and size, so does the idea of a woman in a hard hat.

For the industry to effectively overcome the idea that construction is only for men, the women of construction need to be at the forefront of the movement.

There are more than 1.1 million women in the construction industry. Will you be next? Check out our construction career pages to discover a career you might be interested in pursuing.