Why We Should Rethink How We Go to College

For decades, the message to students in the United States has been nearly a consensus: You need to go to college.

This message manifests itself in different ways, from the way the media talks to how students are graded and even how schools are funded. Students have heard this message loud and clear and have obliged. More than 19.6 million students were enrolled in a college or university in 2018. 50 years earlier in 1968, college enrollment was only 7.51 million. In just half a century, college enrollment has nearly tripled.

A well-educated society offers numerous obvious benefits. But while encouraging students to further their education after high school is a noble and well-intentioned action, the current system in the United States has created some damaging side effects. It’s time that we shake up our mindset on higher education and reconsider how current and future generations go to college.

The Consequences of College

College education offers an enriching life experience and career preparation for its students. In many ways, walking across the stage at a college commencement ceremony has become as much a part of the American Dream as owning a home with a white picket fence.

But with such a high percentage of young people attempting to take the traditional college route, a number of troubling problems have arisen.

The largest and most well-known consequence is the student debt crisis. Tuition and fees at four-year universities have risen by around 54% since 1999. Total student debt in the U.S. is estimated at around $1.6 trillion, which is second only to mortgage debt and ahead of credit cards and auto loans in highest consumer debt category.

Even Amazon owner and world’s richest man Jeff Bezos, whose mind-boggling wealth has been scrutinized and virally put into perspective by rice, would need to increase his personal value by nearly ninefold in order to pay off all college loans.

Why does college cost so much? It’s a simple case of supply and demand. With so many people wanting to go to school, the schools can charge higher prices. And as long as enough students are willing to pay high prices, those prices will continue to rise. This problem is made worse by the apparent lack of choice that students have.

The issue of student debt has long been a major talking point in the United States, but a new criticism has recently been raised due to the current COVID-19 pandemic. Colleges and universities are largely turning to virtual learning for the upcoming semesters as a health precaution, but many schools have not lowered the price of tuition or fees – leaving those students wondering what they’re actually paying for. 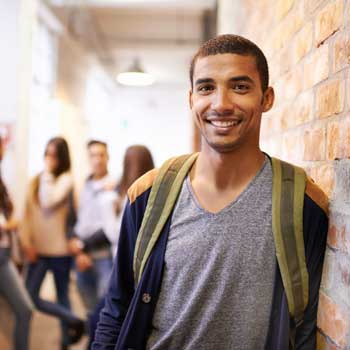 There are also other impacts of the current way we look at college education. Although the price of acquiring a bachelor’s degree has gone up, the relative value of having the actual degree has dropped, watered down by the fact that holding a degree is now an expectation, not a bonus. The poor return on investment is also evidenced by the massive waves of students earning degrees in fields where there simply are not enough jobs for the number of graduates, leaving young adults in debt and out of work.

The push for students to go to college has also steered them away from considering careers in important fields that don’t necessarily require a four-year degree, such as construction and manufacturing. Despite there being numerous specializations in these industries that pay well and have many benefits, the lack of new entrants to the workforce has led to growing shortages of both workers and skills, causing delays and higher costs in projects like road repairs and infrastructure improvements.

The long-standing education model in the United States functions like a sort of conveyor belt system. Students enter the system and move down the line as they progress, with each stage preparing them for the next one.

Here is how the typical education journey of an average student is expected to unfold:

In this model, the primary function of high school is not career readiness – it is college readiness.

Indeed, according to the methodology of the U.S. News and World Report’s Best High Schools rankings system, 40% of the criteria involves college readiness or breadth of college-level curriculum, comprising a higher percentage than other factors like reading and math proficiency (20%) or even graduation rate (10%). The ways our high schools get judged is based not on preparing students for jobs or the “real world” – it is based on moving them to the next part of the conveyor belt.

Progressing students toward college also can play a major impact on school funding and teacher pay. Teaching in the U.S. is heavily slanted towards a standardized testing system due to state and federal guidelines for funding, which makes much of the education process look more like trivia memorization than learning actual career skills. There are a number of reasons why standardized testing is mandated, but one of them is to give colleges a more straightforward point of reference when deciding which students to admit.

While the education conveyor belt has some benefits, it also puts some severe limitations on the options that students have at the end of their secondary education. When so much emphasis is put on going to college, rather than on career readiness, students feel obligated to take that next step because they have not been adequately prepared to do anything else.

Unfortunately, college after high school isn’t a good option for everyone. Some students simply don’t do well in a classroom setting. Financial concerns also are a major factor, as not every student or their family can afford to go to college, or some don’t have the luxury of waiting 4-6 years to start earning a paycheck.

In addition, many students go to college with undecided majors and no idea of what they want to do for a career. Because they were ushered into college, they never had the opportunity to explore the many different fields and industries that exist and find out what they’re truly good at or interested in. Instead, they’re forced to make those decisions while paying thousands in tuition at a college or university.

Here are a few statistics that further showcase the ineffectiveness of the current system:

It’s clear that things need to be reformed – not just for the good of the students, but for the health of the workforce and economy as a whole. So what are some steps we can take?

The first and most important change that must be made is the narrative that college is the best – or only – option for every student immediately after high school.

Breaking down decades of messaging will take time and effort. One of the first places these changes must be made is in our schools themselves. The preeminence of the college path is made evident through various means, including:

While all those programs and celebrations are valuable, they should be expanded to include additional options. Here are a few suggestions: 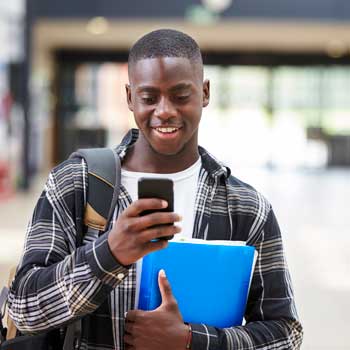 Another step to providing more options to our students is to move away from the idea that pursuing a bachelor’s degree is something that needs to happen immediately after high school.

Gap years, in which students take one year off between high school and freshman year of college, have been common for a long time in Europe and are increasingly becoming more popular in the U.S. – including being done by the eldest daughter of President Obama, Malia. During gap years, some students choose to travel and experience new cultures, while other use it as a chance to get some work experience and start building some savings. And for some, the year off is simply a chance to relax a bit after spending year after year confined to the walls of a classroom.

Young adults can use gap years to learn more about themselves, their skills and their interests, helping to make their path forward once they get to college more clear. Gap years or gap semesters can also be possible in the middle of college, giving student time to travel, take care of some personal matters, or participate in an internship or other special opportunity.

High school graduates can also hold off on pursuing a degree for several years, opting instead to start a career in earnest. They can become a skilled craft professional, training as a carpenter, electrician, welder or other construction craftsperson. In this route, many trainees start in the industry through an apprenticeship, which combines some classroom learning with on-the-job paid experience. In the same amount of time it would take someone to earn a four-year bachelor’s degree, these students could already have numerous credentials and certifications, be well on their way to reaching journeyman status, and making a good salary while having no college loan debt.

This route does not preclude a young adult from later choosing to pursue a bachelor’s degree. After a few years of working and rising in the ranks, a craft professional can go to college and study management or engineering to directly build on the skills they learned in the field and progress their career. Eventually, they may even go back to college in pursuit of something like an MBA with the goal of becoming an executive at their company or even starting their own business. Due to the workforce shortages mentioned earlier, many construction companies are eager to invest in their own employees, so they may actually help pay for their team’s college and continuing education.

Rethinking How to Go to College

Colleges and universities remain a critical asset to our nation. But as a society, it would benefit us greatly to acknowledge that college isn’t the only form of higher education and career preparation. Students and young adults have more options than they think and informing them of those opportunities can go a long way toward making higher education as a whole more effective, efficient and affordable.

We must also begin to normalize the idea that maybe the best time to go to college isn’t always in the four years immediately following high school graduation. There is no one right time to pursue a degree, and the pursuit of that degree should be focused, strategic and for the purpose of career preparation and advancement.

Let’s rethink how we go to college.